This performance was written and produced by Jeremy Johnston and David Foster. These two Uniontown High School students accompanied Heather Jurgenson on her trip to Little Rock. While interviewing Elizabeth Eckford, Jeremy asked if there were any white students who befriended her. Elizabeth immediately answered, Ken Reinhardt. She had not seen Ken since 1957-58.

The boys began their search and found Ken and his wife Judy in Louisville, Kentucky. Ken had no idea that Elizabeth or any of the Little Rock Nine considered him any different than the rest of the students.

Ken fell in love with the project and loaned his Central High School yearbook and letter sweater to the boys for the drama. 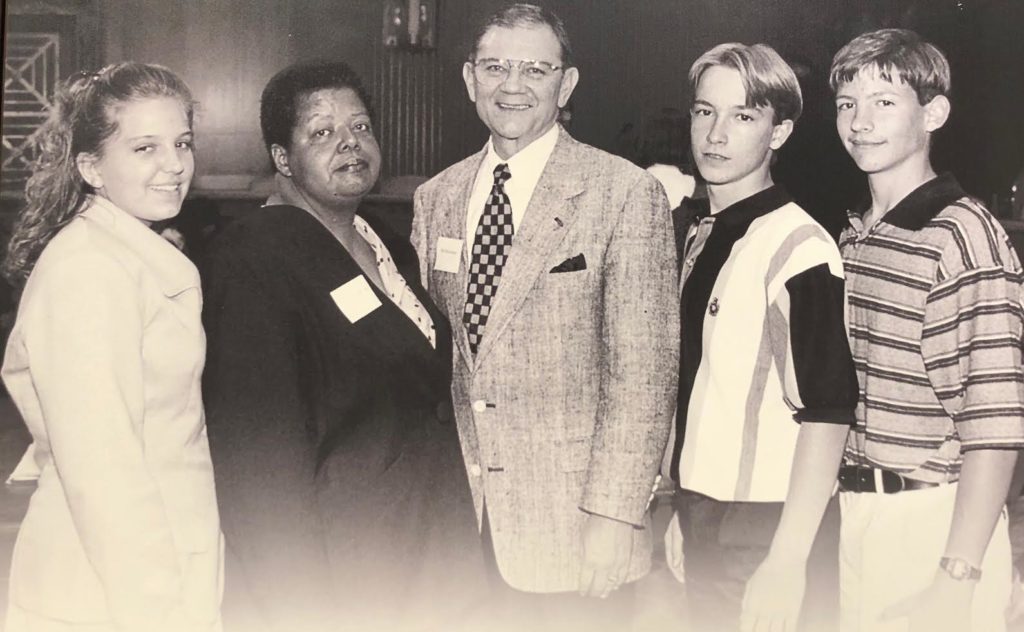 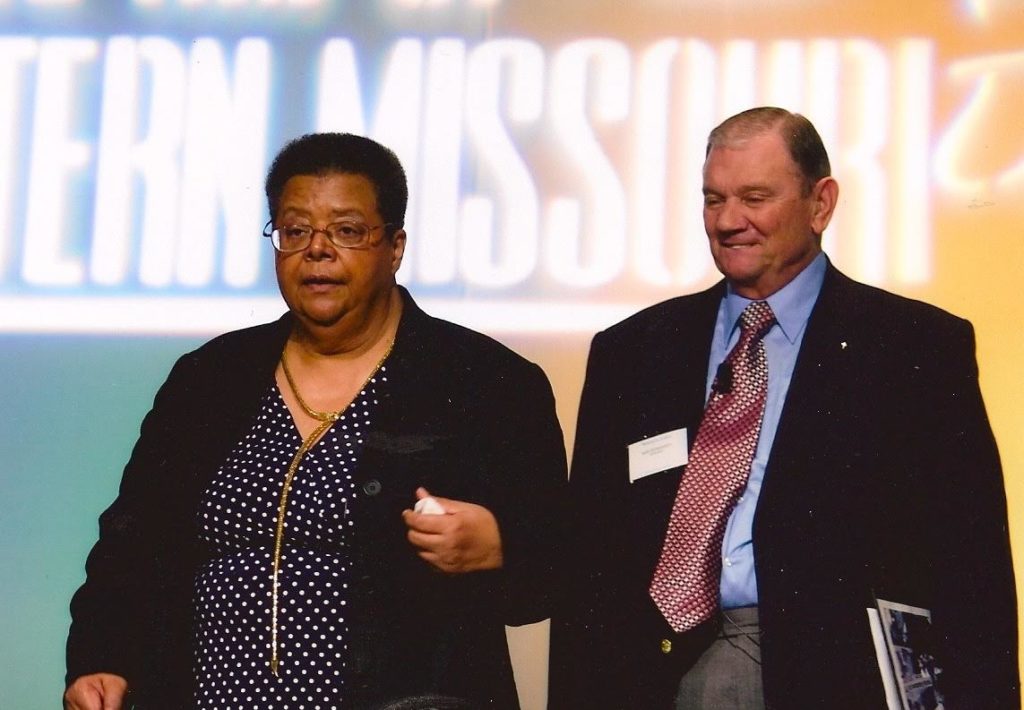 Ken Reinhardt speaking at a conference with Elizabeth Eckford.