Diversity Project: Leadbelly and Irene, The Heartbeat of American Music

In 2001, four students at Uniontown High School produced a documentary film that dealt with diversity and American music. Megan Stewart, Liz Cambers, Dallas Ripper and Sabrina Coons completed research on the life of pioneer blues singer, Huddie Ledbetter. This research led to their film on Leadbelly’s life, which showed how important African-American music was to the musical landscape. During the research, Megan and Liz flew to Nashville, Tennessee, and spent time with the niece of Huddie Ledbetter. She shared memories of sitting around the kitchen table as a little girl, watching Uncle Huddie sing and Woody Guthrie write songs.

The students felt the film made a statement about race and music in America. Those who watched the film always remember the joy of Leadbelly’s music, especially his signature song, “Goodnight Irene.” 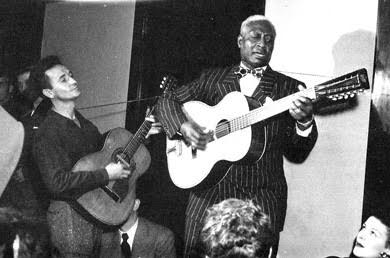