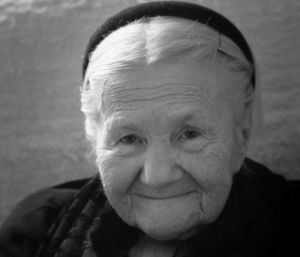 Irena Sendler, born in 1910, in Warsaw, Poland, was raised by her parents to respect and love people regardless of their ethnicity or social status. She grew up in the town of Otwock, Poland. Her father, a physician, died from typhus that he contracted during an epidemic in 1917. He was the only doctor in his town of Otwock, near Warsaw who would treat the poor, mostly Jewish community of this tragic disease. As he was dying, he told 7-year-old Irena, “If you see someone drowning you must try to rescue them, even if you cannot swim.”

When World War II started in 1939, Irena immediately started protecting her Jewish friends in Warsaw. She worked as a social services director in Warsaw. She would make false documents for Jews in the city and had already started gathering her famous rescue network. When the Warsaw Ghetto was erected in 1940, Irena saw the danger ahead. When liquidation started in 1942, Irena and her network accelerated the rescue process. The number 2,500, in connection with children rescued, is estimated by Irena and historians to be of this division. About 800 were taken from the Warsaw Ghetto, many of which were orphans. Approximately the same number were in orphanages and convents, Irena and her network assisted in the hiding of these children.

Also, while working with the underground organization, Zegota, Irena and her network would assist in the hiding of about 900 children and many adults in homes around the city. Irena was caught by the Gestapo and almost killed in 1943. She escaped Pawiak prison and stayed in hiding for most of the rest of the war. Irena received world-wide recognition after the Life in a Jar project first visited Poland. In the 1960s she had been recognized by Yad Vashem but the Communist authorities agitated her continuously.

Irena passed on in 2008. Her legacy is carried on in many ways, including the Life in Jar play, which is presented around North America and the world.